The Reading Comprehension portion of the AFOQT measures your ability to read and understand written material, including implied content. Each of the passages incorporates the type and level of written materials integral to officer Professional Military Education (PME) and are followed by 4-6 multiple choice questions about passage content. Mark the best answer, based on the information in the passage only.

Have a look at the sample passage and the questions that follow:

In 1692, children were expected to behave under the same strict code as the adults—doing chores, attending church services, and repressing individual differences. Any show of emotion, such as excitement, fear, or anger, was discouraged, and disobedience was severely punished. Children rarely played, as toys and games were scarce. Puritans saw these activities as sinful distractions.

Many children learned to read, but most households owned only the Bible and other religious works—including a few that described evil spirits and witchcraft in great detail. There were a few books written for children, but these often warned against bad behavior and described the punishment that children would suffer for sinful acts.

A. The children and adults of the 17th century (Puritans) lived under very rigid conditions. The reader will read on to find out why these were the circumstances.

Correct: The author introduces the scrupulous living conditions for both adults and children and the reader is curious to know more.

B. Children were rebellious. The reader will read on to find out what actions children took.

Incorrect: Repressing individual differences is a clue to the reader that the children were not resistant.

C. Children were hard working to protect themselves from evil spirits.

Incorrect: Children were influenced by the beliefs of their elders and behaved according to a set of expectations.

D. The reader is curious about how children acted in religious congregations.

Incorrect. Although, children were expected to attend religious congregations, the only behavior discussed in the topic sentence is children’s behavior in regard to being similar to that of adults.

E. The reader is curious about how children survived working hours of manual labor.

Incorrect. The topic sentence does not suggest that any conditions threatened the children’s survival.

A. That the Puritans of the 17th century were a peaceful group who spent time recounting history by storytelling from the elders

B. That the lives of the Puritan community, especially children, were heavily influenced by religious beliefs and fear tactics.

Correct: Books that children read were focus on witchery and the dissuasion of bad behavior.

C. That people of the 17th century were a righteous and god fearing group.

Incorrect: Although, the Puritans were god fearing their behaviors are not described to be righteous.

D. Children of the 17th century were considered a path to spiritual enlightenment.

Incorrect: Spirituality beliefs were passed on to children, and children were not revered as mystifying.

E. Children of the 17th century were afraid of ghosts.

Incorrect: Although the children’s readings were on the topic of mystical spirits, children’s beliefs are not discussed.

Have a look at the sample passage and the questions that follow:

Management is the concrete, perhaps more left-brain action of planning, organizing, and efficiency, while leadership is the abstract creation of vision and strategy.

Through ongoing research on the debate between management vs leadership, it seems like a few ideas continue to percolate. Leadership is the action of thinking differently and finding out how things can be done (managed) better. Management is implementation and maintenance to ensure things are getting done well, but leadership is inspiring that implementation.

Many managers by job title exhibited clear signs of leadership, both in their interactions with their teams and direct reports and in their approach to work. It really got me thinking that what we shouldn’t focus on is defining management vs leadership, but rather how people can exhibit the characteristics of strong managers and strong leaders.

It really comes down to a total-brain approach to doing one’s work and dealing with people. You need the leadership-oriented conceptual element of long-range vision, but you also need the managerial drive to get things done right and focus on how things are structured. You need an analytical, leadership-driven focus to ask questions like “What? Why?,” but the concrete socially focused approach to work with people to say “How can this be done? Who will do it?.”

Finally, there’s of course a behavioral component of leadership and management that ultimately, stems from understanding how people behave and modifying one’s approach to match positive behavior and fix negative behavior.

1
This passage is primarily concerned with:
A
Turning managers into leaders
B
Turning leaders into managers
C
Describing the difference between managers and leaders
D
Expressing how behavior is affected by managers
E
Being creative to find solutions
2
According to this passage, what is required for both leaders’ AND managers’ success?
A
Managers and leaders are often very different in their capabilities and do not always see eye to eye.
B
Being inspired as a leader will help to promote good management techniques and proficiency of company staff.
C
Managing behaviors is a key characteristic to develop when one is trying to be a leader or a manager.
D
Both vision and structure are needed to promote one’s capabilities as a manager and leader for optimal results
E
One needs to determine the definition of a manager and a leader in their organization before determining how to move forward.

A. Turning managers into leaders

Incorrect: This passage does not favor either managers or leaders over the other

B. Turning leaders into managers

Incorrect: This passage does not favor either managers or leaders over the other

C. Describing the difference between managers and leaders

Correct: This passage describes characteristics of both managers and leaders, which can occur separately or together within one individual.

D. Expressing how behavior is affected by managers

Incorrect: An understanding of people’s behavior is an important component of behavior and leadership, though this is referenced minimally

E. Being creative to find solutions

Incorrect: Creativity is a characteristic of a leader but is not the primary concern of the article.

A. Managers and leaders are often very different in their capabilities and do not always see eye to eye.

Incorrect. Characteristics of managers and leaders are different, though this does not necessarily cause conflict.

B. Being inspired as a leader will help to promote good management techniques and proficiency of company staff.

Incorrect. Successful leadership may or may not promote successful management as a result.

C. Managing behaviors is a key characteristic to develop when one is trying to be a leader or a manager.

Incorrect. Understanding behavior in order to manage employees is an important characteristic of managers and leaders, though this is not the main point.

D. Both vision and structure are needed to promote one’s capabilities as a manager and leader for optimal results.

Correct. Both conceptual elements and a social, delivery-based focus are required for success as leaders and mangers.

E. One needs to determine the definition of a manager and a leader in their organization before determining how to move forward.

Incorrect.  Although understanding how one’s employer defines the terms manager and leader can be helpful, striving to achieve both skill sets will lead to a well-rounded benefit.

Hi there! I’m the guy who created AFOQTGuide.com. Upon completion of my Air Force enlistment, I decided it was time to pursue my college education. While attending the University of Michigan…

Get The AFOQT Guide Newsletter

Have You Given Up On Your AFOQT Study Session? 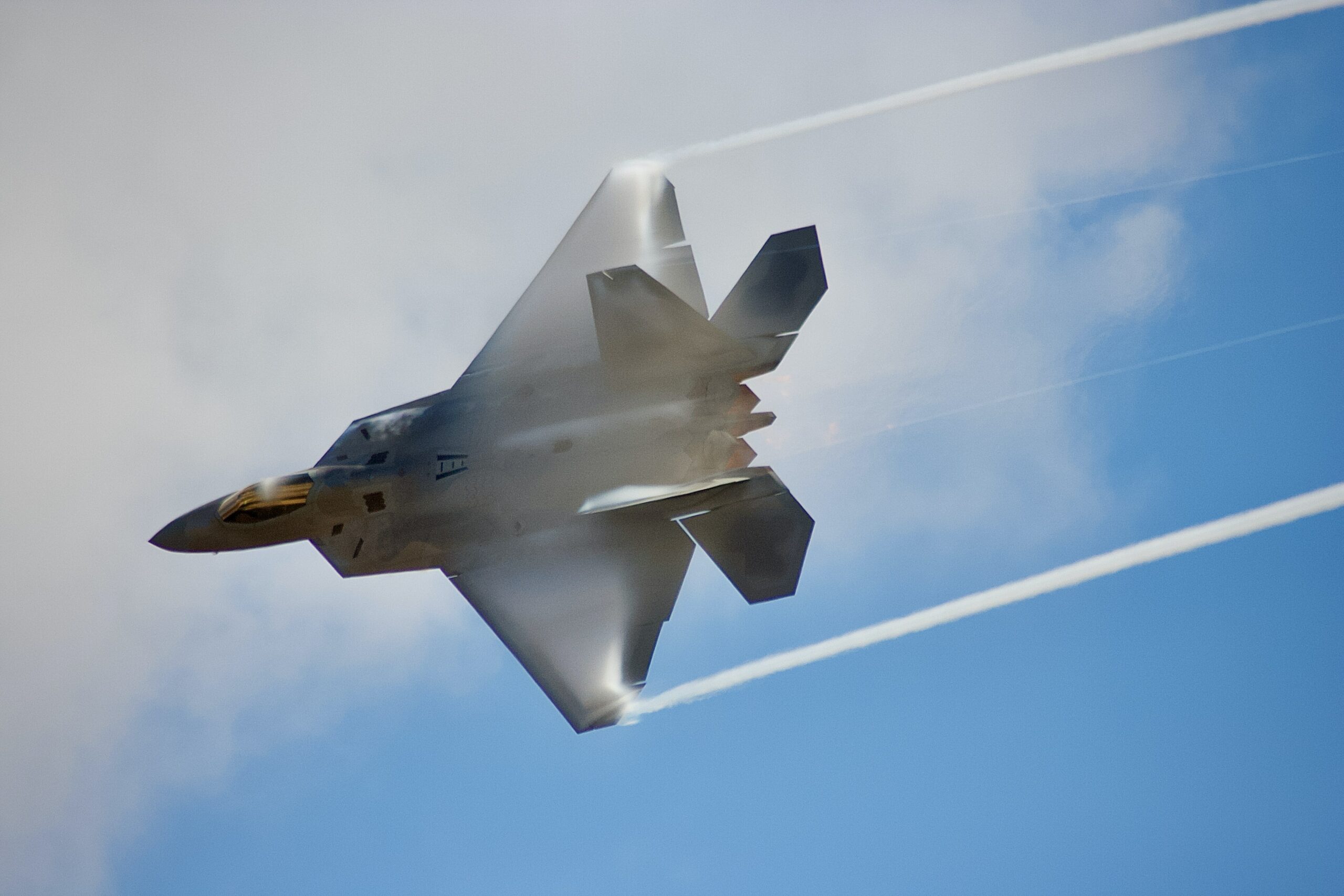 Note: The complimentary test is the FORMER ‘S’ VERSION of the AFOQT. The Hidden Figures & Rotated Blocks Subtests included on this complimentary test are NOT on the updated ‘Form T’ Version of the AFOQT. Don’t waste your time on them! Utilize the AFOQT Guide Situational Judgment & Reading Comprehension Study Guides (replaced aforementioned subtests) to get a feel for these subtests.

Due to technical issues caused by 3rd party software, the form may return an error. We are working on a solution. If there is in error, please reach out to [email protected]